In our house, the difference between “man” and “woman” can be easily demonstrated with a pear.

NO, I am not about to launch into a diatribe about how my is body shaped, and no there isn’t a standoff over who has to put in this year’s Harry and David orders.

It is this pear. This oversized, decorative, perfect (in my opinion,) pear. 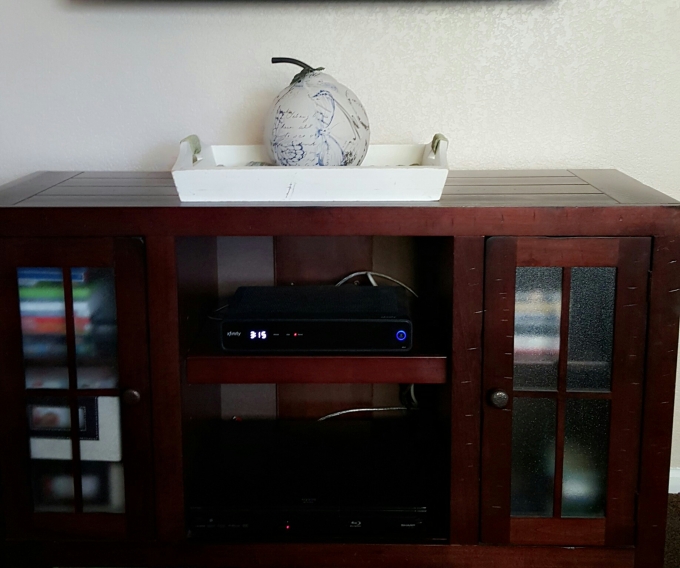 “What’s that?” Is that a big pear?” He inquired the night I brought it home and awarded it the spot under the family room TV (a high honor – we stare in that direction A LOT in this family.)

He continued, “what is that pear for? Does it hold stuff? Is it hiding something?”   (Do you mean like I am hiding my judgement about your lack of pear understanding, dude?)

No, my dear husband, it does not hold anything, or hide anything or really do anything. Why is it there?

The Mr is baffled by the reasoning behind many things in our home, I have learned. 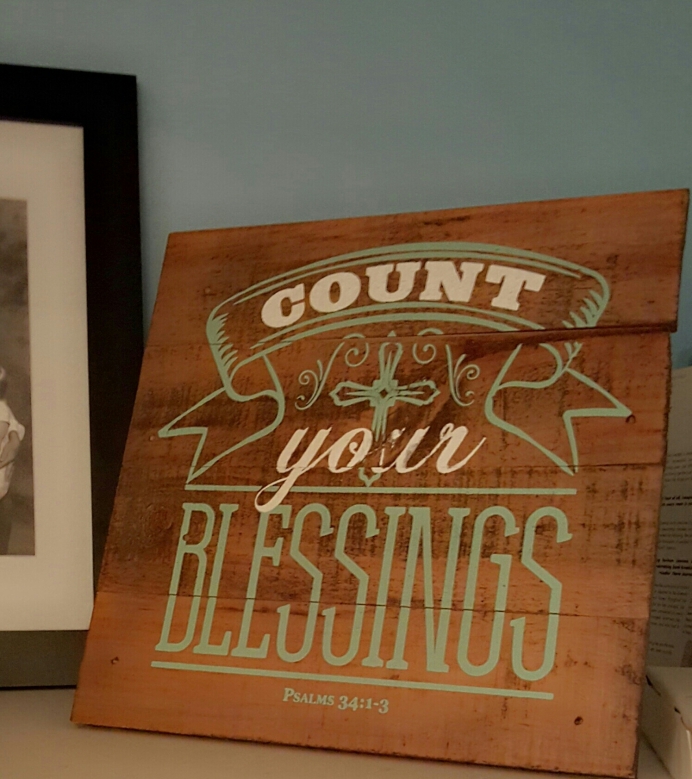 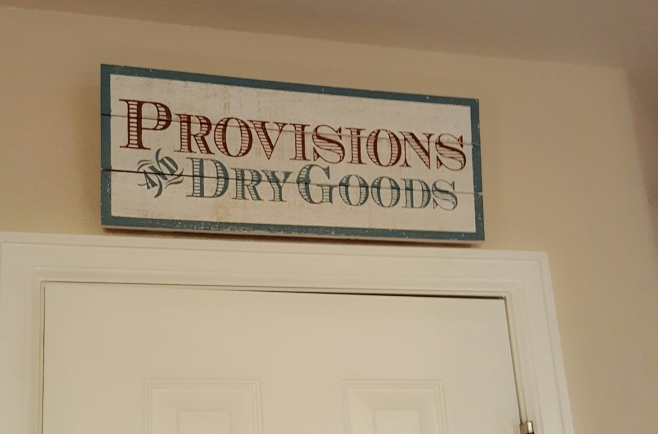 These branches seem to confound him: 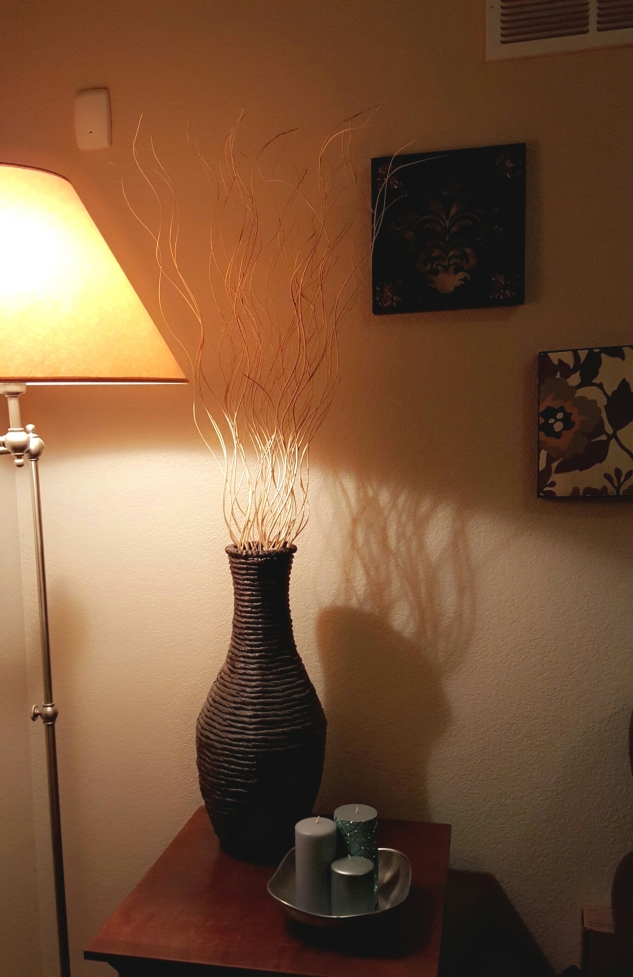 Andplusalso my friend the owl: 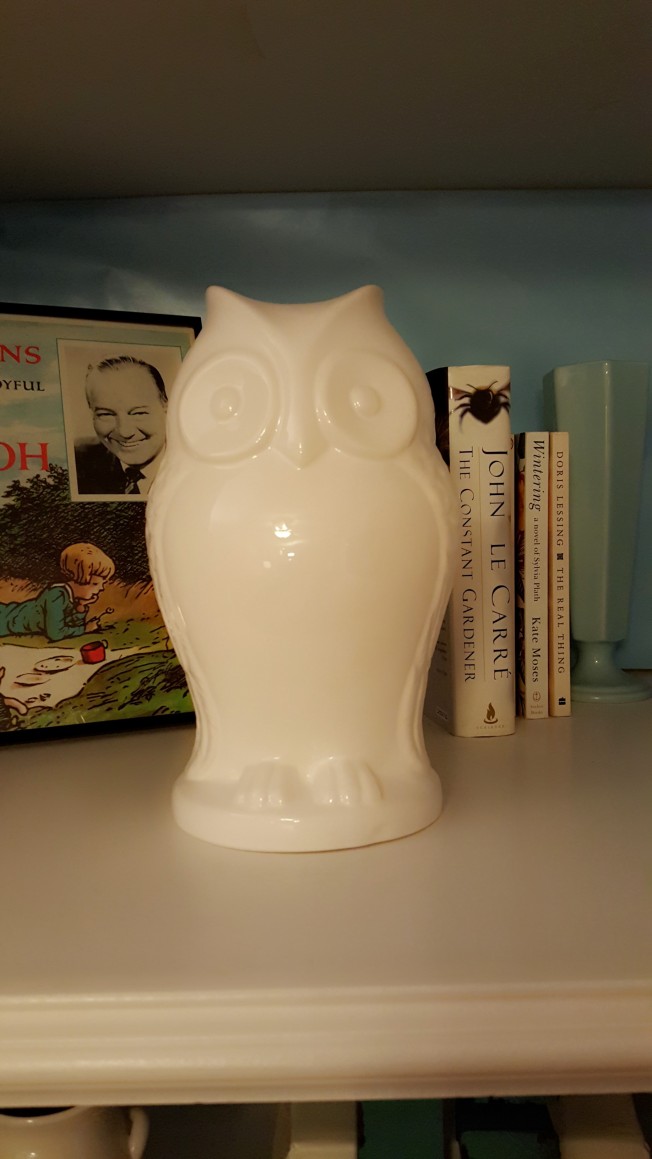 Actually that last one isn’t totally true – The Mr is weirdly obsessed with owls. At a later date I have to show you the owl décor he recently brought into my life; but I don’t want to digress, (too late,) and I am not totally sure that the shock has subsided quite enough to bring myself to take a picture of it.

The bare, plain truth of it is, these items aren’t functional. I mean yes TECHNICALLY, dry goods and provisions are kept in the pantry, and if one of the dreaded yard bunnies ever breached the threshold MAYBE the white owl would scare it back out the door. (I’m grasping here, people. Work with me.)

The thing is – “because pretty” is just not The Mr’s idea of why something ends up in a living space. I get that. I respect that. I don’t disagree with that – you can totally use the fancy soap and towels in our bathrooms, yo. (Actually, there are no fancy soap and towels in our bathrooms, because that shit is even too extreme for me.)Through eleven years of marriage I have tried to ease him into the idea that some items’ sole function can actually just be looking pretty.

I know it is hard dude, but come on. I see you side-eyeing my pear.

Just let the pear be.

Tagged as decorating, humor, The Casa, The Mr. 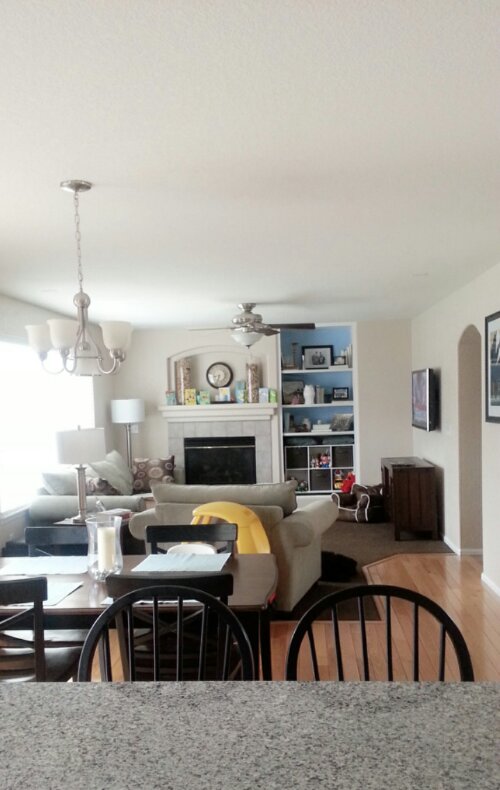 This is what “completely clean” looks like in our back living space, looking out from the kitchen over the island.
It involves toy storage, and a booster sticking out of the dining area, and Cozy Coupe parking.
And Elmo. Always Elmo.

Birthday cards and baby monitor and Little People buildings tucked in every corner.

In my kitchen there are sippy cup valves and snack trap lids drying in the rack along side my crystal wine glasses. Finger painted masterpieces and preschool info adorn the front of our refrigerator.

Artfully “chopped” pillows carefully placed on completely straight sofas and chairs are fairly well a thing of the past at this point.

There are families in our life who confine the toys to playrooms and snacking to highchairs. Those who have perfectly coordinated family command centers to tastefully display artwork and schedules and information.
I kind of thought that would be us. The Mr is such a clean freak that for the first year or so of marriage, I took my glass if I left a room, because he would put it in the dishwasher if I left it sitting while I went to the loo. (Not. Kidding.) We have space for a playroom, and I do have frames in my office where I swap Jr’s art projects in and out to show them off.

I love seeing that “stuff. ” I like the toy cubbies and extra dish drying rack (hello- ours looks like fake grass! Cute!) and the Cozy Coupe parked by my dining table.

I like knowing that the things of our family surround us day-to-day; a place for everything, but it’s ok if things show while in their place.

Soon enough our family things will be very different, indeed.

I hope those things will find their places in our day-to-day decor as well, and reflect each of us to those we welcome into our home. Not gratuitous, but always gracious.

That’s the perfect kind of “clean” in this house.

Tagged as decorating, home, The Casa