Bright and early Saturday morning I picked Dr. Sissy up at the airport for a quick 3 day visit just ahead of our birthday.

And OF COURSE she had a jam-packed schedule of seeing friends, hanging with the fam (see pic,) and drinking wine and giggling with yours truly –but we had a specific greater goal.

Gosh, aren’t our parents lucky? (J/k- we won the parent lottery with these awesome humans for sure!)

You see, growing up in Colorado, being a teenager in the summer meant one thing above all others – Red Rocks concert season.

And to our crew, the HIGH HOLY HOLIDAY of 1990’s summers at Red Rocks was the 4th of July show with Big Head Todd and The Monsters, and Blues Traveler. But I need you to understand something right here and now, people – if you were raised when I was raised, WHERE I was raised, Blues Traveler was the decorative afterthought on that bill and BHT&tM was EVERYTHING.

I could get all misty and nostalgic about those shows, and go digging through my closet for my Birks (actually I should find those,) and my ripped up CU sweatshirt and really dive down that rabbit hole, but I will spare you and just leave it at that.

So, in a sentence that could very well have been written about my junior year of high school, we loaded into my jeep and took off for Morrison for the main event of our final weekend as 42 year olds.

Big Head Todd and the Monsters and Toad the Wet Sprocket at Red Rocks.

(Sidenote for those in the know – that bottom parking lot feels A LOT farther in your 40s than it does when you are younger, amirite!?) 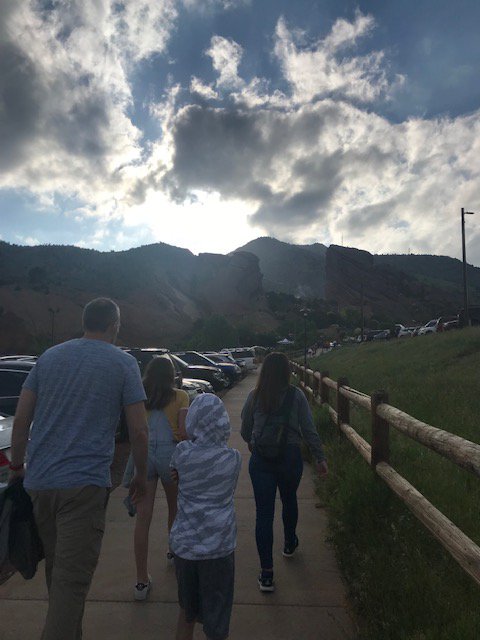 Seriously…. the lower lot is rough, yo. 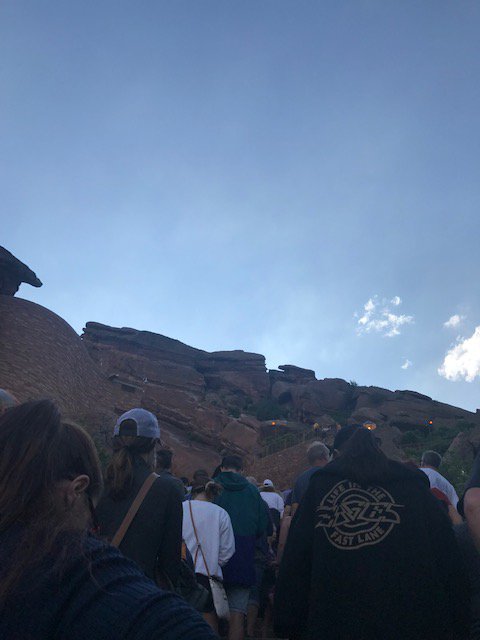 It was about the time that we were pulling into said parking lot that my darling twin sister, the other half of my egg, realized that she had left her wallet at my house and didn’t have her ID… it took us about 5 minutes to realize that if needed, she could probably use mine… because you know TWINS.

BUT – something else we always seem to forget – we don’t have to plot to game the system, because you know OLD.

So we easily grabbed two classy aluminum bottles of Chardonnay on the way to our seats. #standardmoms. 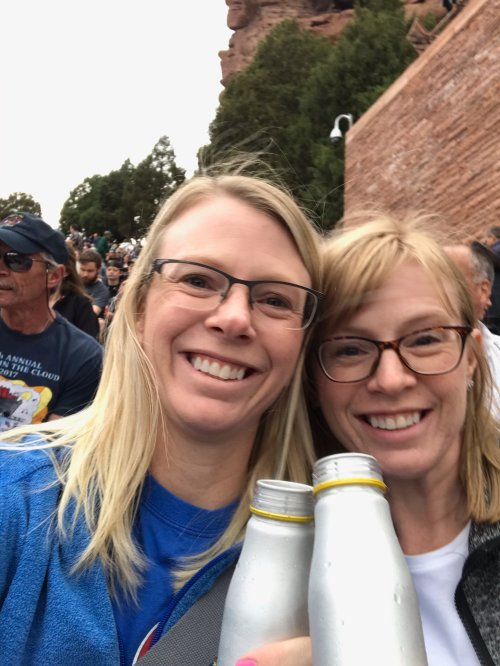 Again, at this point I feel compelled to express that Big Head Todd was a BFD if you grew up Boulder adjacent like we did. And they were great. Truly.

But Toad the Wet Sprocket brought the mf-ing house down. Legit – they were a damn blast and every song just got better….

They were SPEAKING to that crowd of my peers…

Then they played “Walk on the Ocean” and this remarkable hush fell over all of us jaded Gen Xers….like we were noticing the lyrics for the first time:

We don’t even have pictures
Just memories to hold
That grow sweeter each season
As we slowly grow old….

AND WE BLEW THAT SHIT UPPPPPP – everyone screaming and wooping and dancing and remembering.

Not from our Instagram memories…. Not even from old pictures or faded concert tickets stuck in long ago stored or tossed scrapbooks…

It was the music – it was the place – it was the feeling. We were all back there, and somehow as we huddled in the dark watching the lights reflecting on the soft rain that danced in the smoke above the stage as Big Head Todd brought Hazel Miller out to join them, just like they always did/do – it was 1994 again. We were remembering bringing huge thermoses of vodka lemonade and giant backpacks filled with food into shows –spreading out blankets and hogging up real estate in general admission and soaking up the sun…. getting together and breaking up and making up and Camel straights and fireworks and epic rain storms and once-in-lifetime shows we took for granted and just EVERYTHING…

I confess that my sister has a better concept of what other people think of shows at Red Rocks than I do. I have never NOT lived here – it has never NOT been my normal. I understand that I am remarkably spoiled in that way. 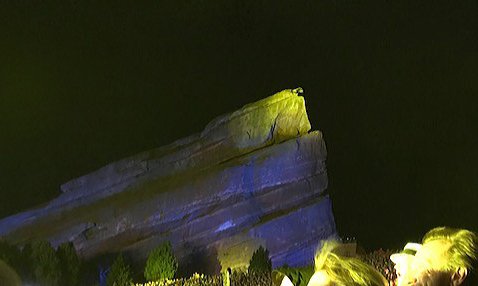 But that doesn’t mean I don’t feel its might…. For me it is in the rocks and the trees and the view of the city I love, but it is also every person I have ever shared it with. It is Doctor Sissy… and the times I have sat there with The Mr. throughout our entire 18 year relationship… it is Matt and Christy and Parker and Rachel and Radar and Misty and Jimmy and Julia and every other person that myself and my sister have sat next to in the growing dark of a show in our now 43 years on this planet, underneath those rocks in the blazing sun and the driving rain, and seemingly very little in between (if you know you know.) And now, it is Jr…. we stopped there on our way to spend a week with The Mr’s family in the mountains last summer, and this fall him and I will make the climb from the parking lots to let him experience his first concert at Red Rocks, along with my dear friend Stacey and her daughter, and I am SO excited to bring him into the fold and to share it with more friends.

Because sitting there – with my twin sister, a few days before our 43rd birthday, listening to music that shaped our souls, surrounded by other people our age who were also dancing and singing their hearts out…. We felt connected to each other, and reconnected with our selves.

Of course nostalgic glow doesn’t really last forever, and as we exited and started our hike back to the parking lot we were instantly reminded that we were FAR from 1994: 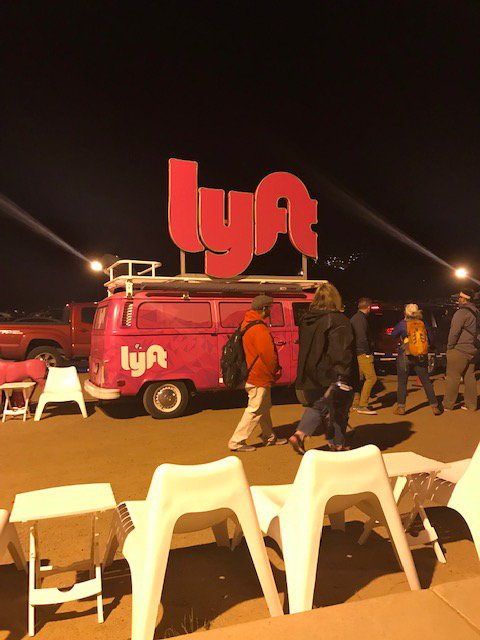 There is a literal Lyft-land for post-show pick ups… you sit in chairs hanging out and they call your name on a bullhorn.. #reasonsKerilovesmillenials

And we fell asleep smiling, somewhere in between 17 and 43 — and Big Head Todd really always was right… Its bittersweet, more sweet than bitter.